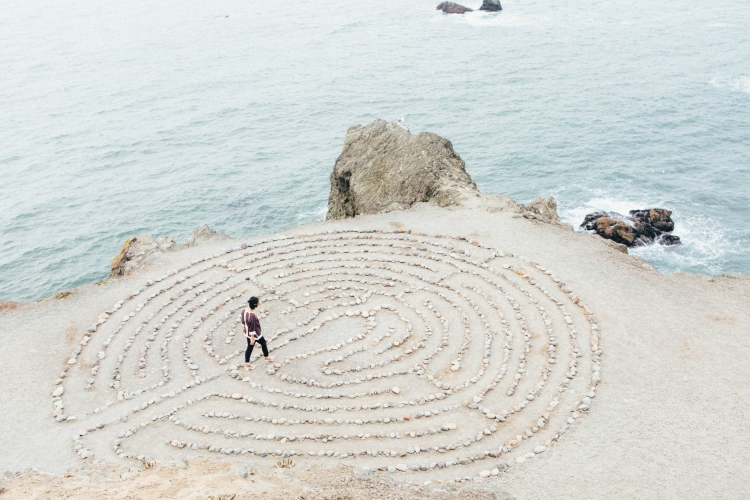 It was 2016 when I first decided to take on the challenge of being accountable to myself. I later wrote this blog so that I could take responsibility for my actions in an open, transparent way, do what I said I was going to do, and “practice what I preach.”

For me, as a Psychologist, becoming deliberately better is all about evidence-based living. It is about engaging as much as possible in thinking patterns and behaviours that through research have been shown to lead to a happier, more satisfying, higher quality of life.

The following were five key areas that I planned to focus on for the year of 2016, with the idea of it having positive flow-on effects for my long-term psychological well-being in 2017 and beyond.

The best part is that just by stating these objectives where they can be publicly seen, my desire to be consistent and faithful to my word did seem to actually help me to stay more committed to achieving these goals:

1. Tuning in rather than tuning out

Too often in Western Culture, we spend all of our day “doing”, rushing around and completing tasks, and not enough time “being”, simply living in the moment and being connected with our thoughts and feelings and sensations as we are experiencing them in the present.

Other ways that people tune out of their experiences are through distracting themselves with watching too much TV or spending too much time on social media or surfing the internet, smoking cigarettes or using drugs, drinking too much caffeine or alcohol, eating junk food and keeping busy with too much work. Some of these strategies are successful in blocking out what we feel in the short-term, but if we never listen to the signals that our body sends us, they will only amplify in intensity over time, until eventually, we will have no choice but to take notice of the message that is being given.

Formal mindfulness practice is considered to be the best way to first adjust to and get the most benefits out of tuning in and just being. Mindfulness practice consists of maintaining our attention on whatever is occurring at the moment in an open, curious, accepting, patient, non-judging, and non-striving way. I recommend learning guided meditations first, and then practising on your own if you’d prefer once you have figured out the various forms of meditation and how they help you. A few free apps that I would recommend if you are interested in learning these skills are Smiling Mind, Calm, and Headspace.

Once you have learnt the basics of mindfulness, it then becomes a lot easier to also engage in informal mindfulness practice, where you apply these same mindfulness principles in whatever task that you do throughout the day. By tuning in through Mindfulness, the benefits have been shown to include reduced stress, pain and anxiety, improved sleep and mood, a higher capacity to soothe yourself when you are distressed, and a reduced risk of a future depressive episode.

2. Turning towards my values rather than away from fear

I regularly bring up values with my clients. It is for a good reason. The way I see it, there are two primary motivators in life. We can either be motivated to move towards what is important to us (our values), or we can be driven to move away from the things that we fear.

What is interesting, as first pointed out to me in Daniel Kahneman’s book ‘Thinking, Fast and Slow’, is that most people are predisposed towards being risk adverse, and being more motivated by what they may lose rather than what they could gain. This means that most people play it safe, stay in their comfort zone, try not to change things too much, and don’t take any chances, even if the potential gains outweigh the potential losses.

Most people need at least a 2:1 ratio of things being likely to turn out well before they will take a risk, and some people will never take a chance unless a positive outcome can be 100% guaranteed (which isn’t really a risk at all). The risk of dying in a plane crash or being eaten by a shark are both extremely low, but I’ve met several people who choose not to fly or swim in the ocean because of these fears. My question to these individuals is “What do you lose by not taking this risk?” The chance for fun? Excitement? Adventure? Considering that these values are all important to me, I’d allow myself to feel the fear, sit with it, and take the risk so that I can live a more vibrant, enjoyable and meaningful life.

All of the most successful treatments for anxiety involve exposure to the feared stimuli as an essential part of the treatment. By facing up to our fears, anxiety can be reduced and no longer cause significant distress or functional impairment. It is uncomfortable, but worth it in the pursuit of a goal that is consistent with your values. By living in line with your values and not those of your family, friends or society, you are much more likely to feel energised, motivated and satisfied with where you are at and where you are headed.

One of the biggest traps that I see with my clients is putting off enjoyment today until some designated time in the future (e.g. once I finish uni, once I get a job, once I pay off the house, once I’ve saved a certain amount). What tends to happen in the meantime is that they dedicate most of their life to study and work and saving, and postpone looking after themselves or having fun, exercising, engaging in hobbies, being creative, learning a new skill, travelling, and socialising with others.

The Grant Study, which began in 1938 with 268 Harvard undergraduate men, is still running and collecting data over 77 years later. Across all of this data, they found that one thing was the most significant predictor of health and happiness later in life, and this was relationship warmth. Individuals who were in loving relationships, had close families, and good friends outside of their partner and family were considered to be the most satisfied with life. It wasn’t just about the number of friends or family either, it was about having those quality relationships where you knew that you could depend on the other person when you needed them the most.

Making more money did have some correlation with overall happiness and health outcomes, but individuals with greater relationship warmth also tended to make more money. It is, therefore, crucial to spend time with others and to put energy into cultivating positive relationships. Given this data, socialising with those that we care about should never be seen as a waste of time.

4. Writing things down rather than keeping things in 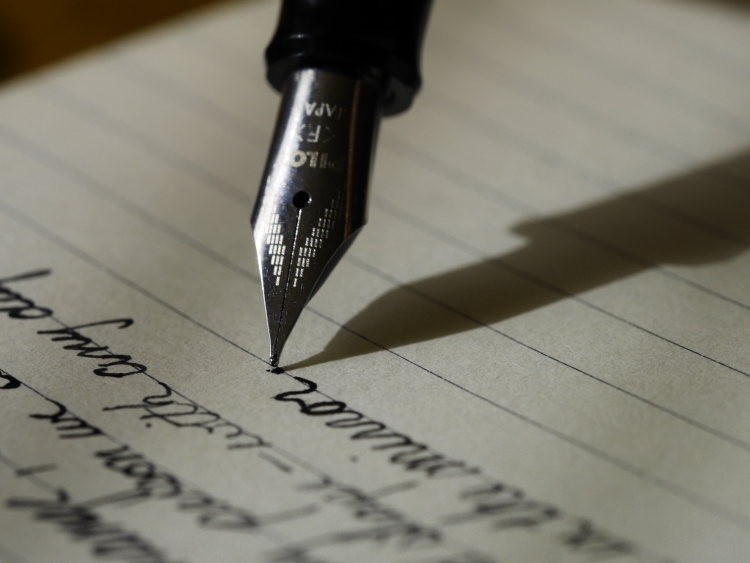 Planning and reviewing are essential for minimising stress and ensuring that we are staying on track with our goals. In the excellent book ‘Getting Things Done’ by David Allen, he recommends both a daily review and a weekly review, where you are able to go through everything that has occurred and process it into an all-encompassing management system. By having everything where it is supposed to be, and either filed away or waiting to be done at a particular time and place, it is meant to ensure that our head is as clear as possible. This then enables us to focus on whatever is most important to us at the moment (e.g. the task that we are doing).

I recommend to my clients to quickly jot down whatever is incomplete or still to be done at the end of the workday, followed by a quick plan on when you are able to address this task and the first step that you would do. It shouldn’t take any longer than 5 minutes a day, and can really help in making sure that you can switch off from work once you are at home. For individuals that don’t sleep well due to a racing mind, doing this same process with anything that is on their mind two hours before they go to bed will also reduce their likelihood of being up all night thinking.

The crucial step is ensuring that we are writing down when we will do it (and what the first action is), rather than just making a to-do-list. The Zeigarnik effect shows that our brains will continue to remind us of something that is incomplete until we have done it or have a plan to do it. Surprisingly, once we have a plan (and it has been written down in a place that we won’t forget), our brains treat the task as already being done, and the result is a less busy mind, less stress and more energy. So even if you want to finish painting the house, but won’t have time until your annual leave in 3 months time, write it down. Or create a someday/maybe file, and put it in there.

5. Developing a growth rather than a fixed mindset 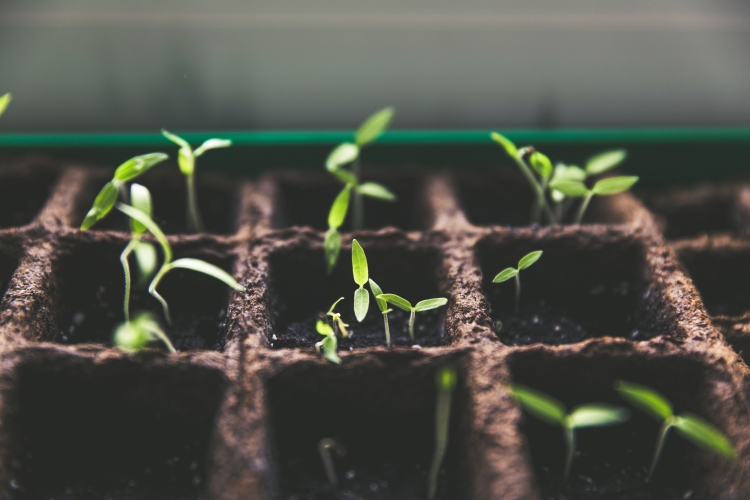 In her book ‘Mindset: The New Psychology of Success’ Carol Dweck has identified a concept that is more crucial towards academic and occupational success than intelligence.

Individuals with a fixed mindset believe most of our traits, including our intelligence and personality, are fixed or unchangeable. Because of this, they tend to view successes as evidence that they are great, and mistakes as evidence that they are horrible or not good enough. Unfortunately, what this means is that whether they win or lose carries massive consequences, because in many ways their identity is on the line with everything they do. If they experience a setback, they won’t try to learn from it or improve, because what’s the point, they apparently aren’t good enough, so why bother trying. They’ll also give up more easily when things become challenging and tough.

Conversely, the individuals with a growth mindset will view their performance on a task as just that – their performance on the task, and not an indication of how smart or capable they are. They see setbacks as chances to learn and grow and improve their skills going forward. Because of this, they are more happy to challenge themselves and persevere through difficulties. They are also much more compassionate and understanding of themselves when they make a mistake, rather than self-critical like the individuals with a fixed mindset.

Fortunately, a growth mindset can be taught. By praising behaviour and effort (“You tried so hard”) rather than characteristics (“You are so smart”), and viewing mistakes as an essential part of the learning process, growth mindset training increases motivation, resiliency and achievement. So even if you don’t naturally look at things in this way, it’s never too late to learn and grow.

3 thoughts on “Do You Want To Be Deliberately Better?”